The history of yoga goes back five millennia. This physical, psycho-emotional and spiritual practice born in India was originally based on texts called yogas sutras . 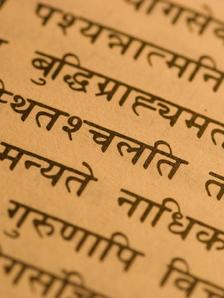 Before becoming westernized, yoga was essentially based on texts in Sanskrit: yogas sutras.

These 195 aphorisms have an inspiring and philosophical scope and are at the base:

The currents that are probably inspired by this are:

Their primary goal is to achieve purification of the mind.

The 4 chapters of yoga sutras

The 195 aphorisms are divided into 4 chapters:

This last stage is attained with patience and above all a diligent and rigorous practice: so do not expect to reach it at the first yoga classes.

5 great principles flow from yogas sutras. If they are observed in practice, these principles bring the practitioner to a global harmony:

YOGA SUTRAS: THE PRINCIPLES OF YOGA

The choice of exercise.

See also  How to meditate to achieve success

This principle is both related to mind and spirituality.

Can I get tips for diet and yoga?

Loading… MindYoga4U A Site To Learn More About Meditation And Yoga Menu home About Blog Contact Posted on January 12, 2018by admin Pranayama: The Art of Learning to Breathe Yoga in philosophy is considered that our breath is intimately related to our mind ; and that is why one of the techniques used to learn […]

Yes, It is posssible to medidate while you are in pain using follwing methods. Pain is not just a physical sensation. It is related to both the body and the mind. According to the Harvard Medical School in the United States, the way in which pain is felt has to do with emotions, personality, lifestyle, genetics and previous experiences. […]