I was recently invited by a friend to attend an ashtanga class. Corina is a devoted Ashtangi, who gets up very early in the morning, before 6 am, to practice ashtanga according to the Mysore method. The Ashtanga has always made me a little “scared”, I imagined very intense courses, with many postures said advanced, and performed at a rapid pace.

The best way to learn something is to reading book through the book we learn many information. So, the lot of books are there to guide Ashtanga yoga. To buy a one of the best book for Ashtanga yoga click this link.

Finally, I found the class really great, led by a super ashtangi, and assisted by two other teachers who adjusted the postures as needed. This is the opportunity today to say a little more about this style of yoga.

Where does Ashtanga come from? A long line of yogis

The paternity of modern yoga is often attributed to Krishnamacharya , an Indian yoga teacher (1888-1989). He had three students who became famous afterwards:

Pattabhi Jois opened his own school in Mysore, India, in 1948. Over the decades, many Westerners have come to study alongside him this very demanding style of physical yoga. He is now dead, but the lineage continues with his grandson and the teachers he has accredited over the years.

See also  How does yoga asanas help to sleep? 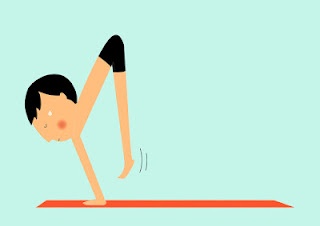 The peculiarities of Ashtanga

See also  What are the yoga exercises to make your eyes healthy?

The styles derived from Ashtanga

What are the most easiest yoga poses?

What are the most challenging poses in Ashtanga yoga?

PRANAYAMA – YOGA BREATHING EXERCISES FOR HEALTH AND SELF-AWARENESS In simple terms, pranayama is breathing exercises. Pranayama is a conscious perception and mastery of the vital energy inherent in the psychophysical system of every living being. Pranayama is something more than a breath control system. Pranayama has several aspects – in the gross and subtle material bodies, in […]

YOGA POSES FOR BEGINNERS Yoga is a discipline not only physical but also mental, which has its origins in India. The best way to learn something is to reading book through the book we learn many information. So, the lot of books are there to learn the yoga poses are beginners. To buy a one […]