How does the brain change after 8 weeks of mindfulness meditation? 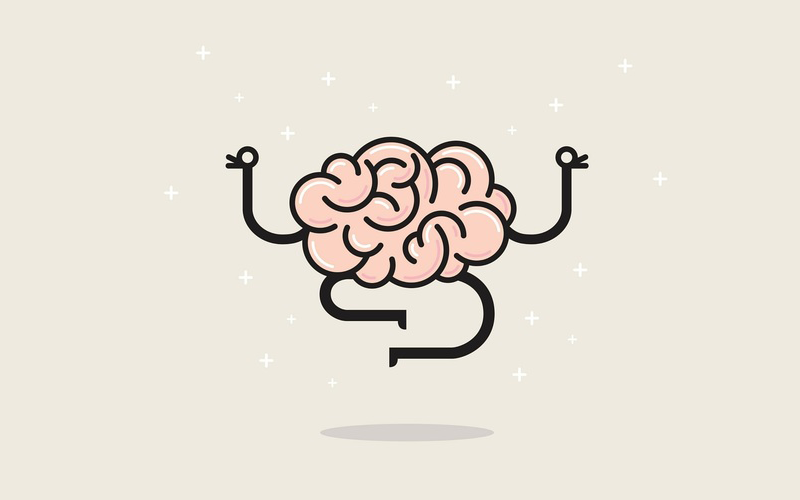 Loading...
Mindfulness meditation is a millenary practice that we should resume, for the sake of our physical health and our mental balance. Mindfulness implies mindfulness, which means that our mind is in a relaxed but attentive state, perfectly tuned in the “here and now”.
Through mindfulness a full awareness, an active presence is promoted, so that our senses are amplified but we get rid of the need to interfere and judge what we are living. We learn to flow. Therefore, its systematic practice ends up generating very positive changes in our day to day, in the way we relate to others, face setbacks and even in the way we relate to ourselves.
The inner transformations that mindfulness meditation causes are so powerful that many psychologists have included it in their arsenal of therapeutic techniques. In fact, a recent study conducted at the University of Oxford in 1258 patients concluded that ” mindfulness therapy is as effective as antidepressants, but it does not have those adverse effects .” These researchers also observed that mindfulness is particularly effective in people suffering from recurrent depression and, what is even more interesting, it is very effective in preventing the reappearance of symptoms.
Now a group of researchers from the Netherlands has gone a step further to show that mindfulness meditation does not act on a purely psychological level but rather causes changes at the brain level.

These neuroscientists conducted a systematic review of all the studies done to date on mindulness meditation, to assess how this practice can change the brain in just 8 weeks.
They were based on 30 investigations that analyzed the functional and structural changes that occurred in the brain when people began to practice mindfulness meditation.
They found that the studies reported changes, both in the level of activity and in the volume and degree of neuronal connectivity in different areas of the brain:
– Pre-frontal cortex , an area that intervenes in decision-making and emotional regulation.
– Amygdala , a structure that acts as a guard against the dangers of the environment and modulates emotional reactions.
– Hippocampus , a structure that plays a fundamental role in learning and memory.
– Insula , a structure related to body representation, which also allows you to make your emotions, feelings and desires aware.
– Cortex of the anterior cingulate , a very important area that not only intervenes in the regulation of heart rate and blood pressure but also in decision making and empathy.
The changes appreciated in the brain coincide with other experiments, in which it has been found that midnfulness meditation helps us regulate our emotional states, make better decisions, enhance memory and amplify concentration.
In fact, researchers at Harvard University and Justus Liebig-University have deepened this practice to understand its action at the brain level. They came to the conclusion that mindfulness meditation works through some key aspects:
1. It helps people to have more control over their mind , helping them, for example, to develop mindfulness and ignore distractions.
2. It facilitates a greater corporal conscience , allowing that the people realize the small signals that your body sends, so that they can stop the stress before it grows too much, for example.
3. Encourages emotional self-control , especially the ability to deal with “negative” or unpleasant emotions, making people re-frame their experiences in a more profitable way.
4. It generates changes in the perception of the “I” since people abandon the idea that their personality is permanent and immutable, which has a powerful therapeutic effect and promotes self-pity.
However, perhaps the most interesting thing is that these changes occur after only 8 weeks of systematic practice, which means that you do not need to lock yourself up in a Zen monastery to get all these benefits but just have a little bit of perseverance. In fact, you can start with these simple activities to become a mindful person .

Is mindfulness meditation for everyone?

Despite the many benefits of mindfulness meditation, some people may not feel comfortable with this practice. In fact, a study conducted in the early ’90s indicated that during the first weeks of practice some people may suffer a loss of motivation or panic attacks.
Another more recent study conducted at the University of Washington has collected cases in which this type of meditation has been linked to an increase in anxiety, depersonalization and headache. Why?
The problem is that mindfulness meditation involves a deep exploration of our “inner space”, and all people are not psychologically prepared for it. Being face to face with the suffering and resentment accumulated over the years, the body tensions, the critical thoughts and all those things that have been vetoed to the conscience, can be devastating.
Therefore, when people are vulnerable or have great internal conflicts, they should perform mindfulness meditation under psychological supervision. Sometimes, venturing into our inner world offers unexpected surprises that not everyone can face.
See also  The Kabbalah and the psychology of Jewish mysticism.

What Are Some Good Daily Habits?

What are daily habits that are good to follow?

Today we offer you for your reading and implementing these ten principles of Zen philosophy, a philosophy that is presented as the art of seeing into the nature of our own being, helping us to free ourselves from the bonds of our mind and giving us tools to overcome common causes of suffering which normally […]

Loading… MindYoga4U A Site To Learn More About Meditation And Yoga Menu home About Blog Contact Posted on January 12, 2018by admin The incredible story of Jose Silva Jose Silva was born on August 11, 1914, in Laredo, Texas. When he was four years old, his father died. His mother later remarried, and he and […]