MeditationYoga Tips
Home›Meditation›Meditation: it is not bad that your mind is scattered

Meditation: it is not bad that your mind is scattered 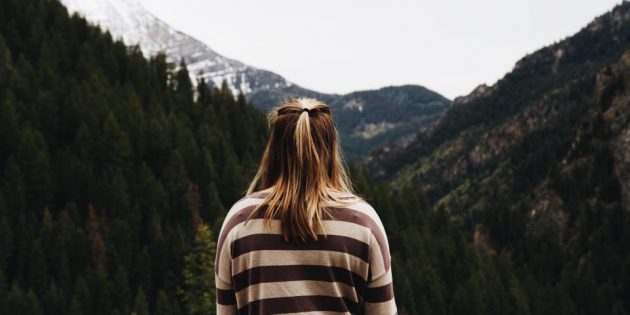 In the field of meditation there is a deeply rooted dispute about whether it is good to let the thoughts flow freely. Postures depend mainly on the tradition in which we find ourselves. For example, in the practices associated with Buddhism, which disperses the mind it is considered a distraction and, more importantly than that, the gateway to anxiety and depression.

On the contrary, there is another trend known as “non-directional Meditation” that not only allows, but promotes the free flow of thoughts. It is based on techniques that advocate less control of the mind in the process and claim that precisely this freedom helps reduce stress and boosts optimism.

How is it possible that there are two diametrically opposed positions so? The answer is simple. Although the benefits of meditation are indubitable, we know very little about what happens in the mind while remaining in this state.

This gap is precisely that wanted to fill eight scientists from Norwegian universities of Oslo, Science and Technology and the University of Sydney.

To do this, the researchers scanned the brains of 14 volunteers, all experts in the Norwegian technical Acem. While some methods practiced with concentrated meditation, others made with non-directional techniques.

READ  Why am I happy to turn 35, be single and have no money?

The results of the study (which can be read in the article nondirective meditation default mode activates network and areas associated With memory retrieval and processing emotional published in Frontier ) showed that those who practiced meditation unguided, had increased brain activity.

“When a person leaves a specific task to do nothing, increases activity in the brain area that is responsible for processing thoughts and feelings,” he said Dr. Xu surprised, co-author of the study.

But more surprising is if anything, the fact that this type of brain activity is increased in stages unguided meditation when we are at rest.

Davenger Sevend neuroscientist at the University of Oslo, expressed it as follows:

“Usually, brain activity reaches its zenith in these areas when we are at rest. It is a especio basic operating system, a network of rest that takes over when external tasks do not require our attention. It is very striking, therefore, that the study has shown that the activity is even greater with non-directive meditation with the rest. “

Therefore, this recent study, breaks a lance for the free flow of thoughts in meditation stating that generate more space to process our emotions and even develop creative thinking that relies on the memory of our past experiences, to find solutions to problems or know what to expect from the people around us.

And you, agree to the mind wander freely during meditation or think you should focus on something concrete thinking? If you want Share us your opinion or doubts in comments.

Meditation techniques: 7 ways to meditate while ...