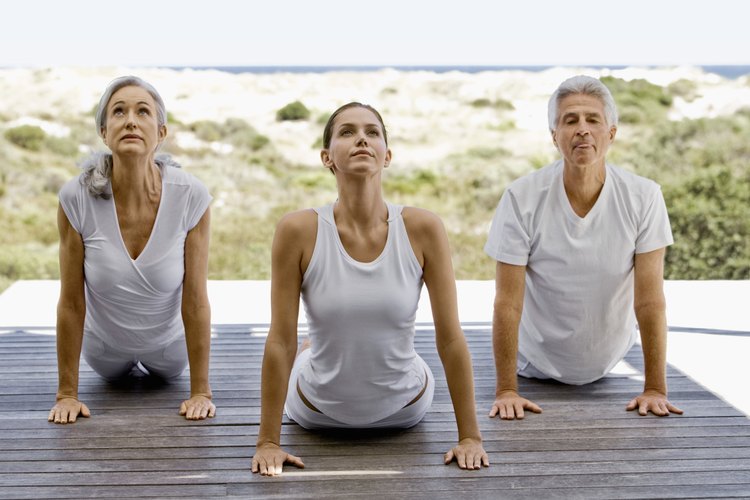 The practices of yin and yang yoga complement each other with their opposite natures. Yin yoga puts you in conditions, allowing you to stretch and strengthen, as well as achieving complete relaxation conducive to effective meditation that yoga alone can not help you achieve. The benefits of yin yoga are rich for the mind and the body.

The poses associated with yin yoga stretch and strengthen mainly the joints and connective tissue that surrounds them, unlike the muscles that are worked mainly in yang yoga. The connective tissue can be found throughout the body, but is mainly concentrated in the joints. Yin yoga supports the stretching and relaxation of the hips, knees and spine, which are not areas that most people consider to work. Doing so, however, promotes better circulation, as well as flexibility in areas of the body that would otherwise be inflexible. Long, gentle stretches are maintained for at least three minutes and, often, for a longer time.

Benefits at the energy level

Prana, or life force, which resides in the tissues of the whole body, often stagnates. It is as if the joints and tissues act as a prey to the natural flow of internal energy. The poses of yin yoga, which act in a similar way to Chinese acupuncture, call for the release of this blockage. The energy channels known as nadis have control over things, such as emotional well-being and the immune system. The strengthening of these channels is one of the motivations behind many of the poses of yin yoga.

Meditation is a way of being in harmony with oneself. Practicing it is a liberating act and it is very likely that you will develop a greater sense of comfort and control within yourself. Calming the mind and body, and remaining calm for the purpose of knowing your internal progress, are characteristic of both yin yoga and meditation. Meditating after the practice of yin yoga is useful, since you have mentally prepared through the latter. Yin yoga also allows physical preparation for meditation. It works to improve the flow of energy inside and physically opens the hip area, allowing a proper positioning for meditation.

Internal balance and harmony affect how one reacts to external forces. With the clarity gained through the practices of yin yoga and meditation, external stressors fail to disturb your mental and physical states. The physical and mental training by maintaining uncomfortable positions for long periods of time, translates into resistance in other aspects of daily life. As the yin yoga instructors, Sarah Powers, said, “It trains you to feel more comfortable with the uncomfortable, instead of feeling alarmed.” You will have the discipline to better support both physical and mental discomfort.

How can yoga benefit those on the Austism spectrum?

Is it OK to practice yoga without a mat?

Loading… MindYoga4U A Site To Learn More About Meditation And Yoga Menu home About Blog Contact Posted on January 13, 2018by admin How to Stop Being Insecure and Stay Peaceful We all have circumstances that feel bad, unsafe or offended, someone who does not treat us well, health problems, an unfinished project … God did […]

Loading… MindYoga4U A Site To Learn More About Meditation And Yoga Menu home About Blog Contact Posted on January 12, 2018by admin Silva method and meditation: 3 to relief stress relaxation techniques Do you spend a few minutes a day to relax, to set aside the stress and give your mind and body the rest […]