Yoga Tips
Home›Yoga Tips›How can I learn yoga (for beginners)?

How can I learn yoga (for beginners)?

By admin
979
0
Share:
Every beginning is difficult? Are you kidding me? Are you serious when you say that. Yoga is good from the first breath on. Everything you need to know as a beginner.

Yoga is a technique developed over two thousand years ago in India to live in harmony with oneself. Yoga describes both the state of clear mind and strong body as well as the way to this state. Yoga is a practical life philosophy that makes you feel more conscious and healthy and goes as deep as you want.

The word “yoga” comes from the ancient Indian language Sanskrit and literally translates as: Anschirren or anjochen. The root “yui” can be found in the German word “yoke” again. It is best to imagine a harness that binds body and mind together. It is true that thousands of years ago, people longed to bring opposites together. Not unlike we do today.

Yoga is very much and in the end what you make of it . What it is not: Asian gymnastics, circus acrobatics, what Indians or religion. And not yoga.

How does yoga work?

Yoga strengthens the ability to coordinate, the flexibility, the strength and endurance, gets the metabolism going, prevents diseases of the cardiovascular system and supports the musculoskeletal system.

Just as many people have problems with the back muscles , with digestion and sleep due to a modern lifestyle , and yoga acts directly on the metabolism, nervous system, muscles and joints, yoga also affects the modern mind and its congestion in the hustle and bustle of the 21st century Century. Mindfulness and the co-ordination of breath and movement practice self-awareness, creating the first prerequisite for changing patterns of behavior, if one so wishes.

In addition to health prevention and stress management, yoga has a fundamental impact on the psyche of the individual and society. Most of us feel we have lost contact with ourselves and their environment, and we feel that state is a deficit.

Yoga describes the feeling of regaining one’s roots and coming to terms with oneself and one’s surroundings, at least for the duration of the practice, which is not a bad start . The effect of course depends on the dose, the duration of the exercise, the discipline, but also the intention. As a general rule, better less, practice regularly!

Yoga acts as an integrative, that is, as we exercise the mobility of our body, shape muscles, lose excess weight, build strength and energy, our minds also experience an impulse to recognize and get rid of negative thoughts and habits, if desired. Also breathing techniques ( pranayama ) and meditation are integral parts of a holistic yoga practice.

Those who only want to perform physical tricks will not enjoy the integrative power of yoga. This is to experience yourself as part of a whole.

READ  What are the best yogas to get rid of gastric problems?

This interplay of physical and mental action is the essence of what we can experience in yoga: the body is the gateway to consciousness. Yoga has a unique effect on the body, mind and soul, integrating the physical, psychological and spiritual aspects of man like nothing else. Most exercise systems that are popular in the West put the physical practice in the foreground. But only through their spiritual embedding can yoga unfold its full effect. Otherwise it remains – while nothing is objectionable – just sports.

Spirituality means nothing more than connecting to something greater than yourself. Making that connection physically tangible, using the body as a base camp for trips into your own consciousness, and finding peace there – that’s the unique quality of yoga.

Lastly, yoga should be fun and good at doing. The brisk slogan “no pain, no gain”, which also reigned for a while in yoga, is outdated. 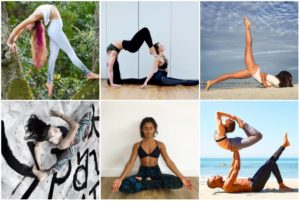 Can anyone do yoga?

“Everyone can practice yoga, who can breathe”. The legendary quote from famous yoga teacher describes why yoga is neither sport nor religion. No matter how old you are, how immobile or how stout: as long as you can breathe, yoga is available as a way to silence, freedom in the mind, as well as space in the joints and general physical satisfaction.

So regardless of the yoga selfies made by young yogis with an Instagram account, yoga is there for everyone. People who have health problems such as high blood pressure, herniated disc, sciatica, etc., should consult with a doctor before surgery what is possible or not.

Yoga is very adaptable: even for people in wheelchairs, Parkinson syndrome, multiple sclerosis or similar diseases, yoga has a lot to offer.

For pregnant women and after birth, please: only practice proven pregnancy and retraining yoga .

Where can I practice yoga?

Yoga can be practiced wherever you can breathe.

Ideally, there is a flat surface, a wooden floor. Optimally, you have a mat ready, in addition to a few aids such as blanket or block. Ideally it is quiet and not too cold.

But you can also do yoga without any practice, in the pedestrian zone in Times Square, in the economy class, in the office next to the coffee machine. As long as you stay focused and mentally in your own and your exercises, the outside world should not matter.

Especially for a start, it helps to set up a protected space for the practice that you like to enter and where you feel comfortable, whether at home or in a yoga studio. In addition to discipline, yoga teaches us modesty: to live with what is there.

As far as practical, it does not matter where you roll out your mat, just that you do it.

READ  The 5 essential things in a yoga class. If it's not 5 o'clock, do not waste your time. - MindYoga4U

Which types of yoga are available?

Since there is yoga, there are a variety of methods and traditions in which one can practice. Whether powerful / challenging, sweaty / fluent, gentle and meditative, analytical / therapeutic or ecstatic / wild, all styles exist peacefully side by side, and it is up to the individual to choose the one that suits them best.

The main directions include:

Which type of yoga is right for me?

It is part of yoga to find out which method suits you best. No one exercise style is better than the other, but one style is more appropriate for the individual than the other, and it is well worth finding the right style .

Since yoga understands itself as a “science of man”, the evidence is always the human being itself, that is, the experience counts. Say: Trying out is about studying. However, to find out which method suits, one should practice this method not only once and in top form, but several times and also when tired, exhausted or depressed.

In addition, the first association does not always lead to the goal. Those who have a vivacious temperament and tend to be breathless should not necessarily conclude that they want to practice only dynamic and sweaty, but rather to choose a balancing, calm method. Conversely, those who are prone to phlegm or even depression are probably better off in an “anti-authoritarian” wilder style such as Kundalini Yoga.

How do I find the right yoga teacher?

Just as with the method one finds the right teacher only by repeated trying out. The right teacher is the one who helps you stay on your yoga path. The one inspired without pushing to the fore. The one encourages to practice, without acting too authoritarian. Seducing one to autonomy and taking responsibility for oneself. It opens one’s eyes to the beauty of yoga and life.

It does not matter how famous or flexible the teacher is, whether he calls himself guru , how many followers he has and how many yoga schools are named after him. The relationship between teacher and student should be one that helps the student stand on his own two feet. (Or on a …).

How is a yoga class structured?

Yoga is about exercise. To get the circulation going, to release tensions, to break through blockages, both physically and mentally, we need to get moving. Only in this way can we change the status quo.

There are no universally binding rules for building a yoga class, and yet there are some principles that apply to most methods. The classic building blocks that make up a round yoga practice include:

Can I lose weight with yoga?

Maybe yoga is the best way to lose weight because it works the most sustainable way. Since yoga is a philosophy of life, it’s not about counting calories, but asking yourself, how do I want to live? And what do I need to do this? Pizza or maybe a little yoga break?

Although traditionally yoga is associated with asceticism and renunciation, yoga is actually more like living in balance. Obesity is therefore measured less in kilos than in the way to satisfy its needs hastily and in excess. Anyone who exercises regularly will not be a Weight Watcher but an observer of their habits and will be seduced by themselves into taking the bad ones.

Yoga is not about looking good, it’s about feeling good. There are many reasons to start with yoga and no one is better or worse than the other. If you start with yoga to lose weight , will actually lose weight with regular practice, simply because of who is pleased with himself, does not need food as a substitute satisfaction. Many sweaty methods also turn fat into muscle, turning the body, until then maybe just a gas station and dusty pantry, into that lithe, famous yoga body you love to live in.

The resulting attractiveness is due not only to the new muscles, but above all to the gained self-confidence and a new serenity.

What do I have to wear to yoga?

Contrary to expectations, wide yoga pants are counterproductive as they hide the body and get in the way of many asanas. On the other hand comfortable leggings and tops made of organic materials guarantee freedom of movement and do not prevent the anatomical alignment of the body. Better, you do not have to bend your knees in the wall to avoid bending over in a forward bend.

Is yoga a religion?

Yoga is not a religion but a practical philosophy of life. Yoga, without formulating beliefs, provides the framework for personal growth. In order to stay with the image of the harness, in which body and mind are harnessed under a yoke (= yoga): Yoga possesses the on-board means and the technology to change. Where the journey goes, everyone determines themselves.

How is resolving emotions different from meditation?

What are the easiest hatha yoga poses?