THE CHAKRAS, DESIGNED IN THE MANNER OF THE FORMER MASTERS …

It was the Orientals especially who taught Humanity the esoteric anatomy of the human being. For long meditating on themselves, they discovered that in the subtle planes, at the level of the vertebral column, there existed centers of energy that modulated Cosmic Energy, to allow the human being to live and to fulfill all its physical, psychic and spiritual needs in order to evolve in order and harmony until total enlightenment.

According to Eastern doctrine, Cosmic Energy is diffused by three forces, emanating from the central Sun or from the primordial Source. The Sun of our Universe would modulate these three forces and project them towards the Earth and its inhabitants: it is Fohat (electricity, recognized by science), Pranâ (the vital force, hardly suspected by the science) and Kundalini (the sacred fire or the igneous serpent, absolutely ignored by science).

These three forces act subtly in each human being through currents of forces, the nadis , along the spinal cord. They distribute energy throughout the body, in correspondence with the meridians of Chinese acupuncture. Along the spine, there are three nadis. Indeed, the Akasha(Aether or Noùs) rises in the central tube of the spine, called Sushumna . We can translate this word by Royal Way or Path of the Arrowsince it hosts the free Spiritual Current called Akasha. This nadi follows the spinal cord, in the spine, from Muladhara (root center) to Ajna (frontal center), by Brahmanadi. This nâdi determines three nodes (or points of convergence) called Rudragranthi, Vishnugranthi and Brahmagranthi). If we refer to the teaching of the Cabal, it is the ” Way of the Descent or Fall “, if we consider it in its downward projection, or the Ascension of Consciousness , if we considers in its projection upwards, therefore according to the orientation that one gives to the cosmic Energy, which successively passes by Malkuth, Yesod, Tiphereth and Kether, the Spheres which form ” the central Pillar of the Balance“. 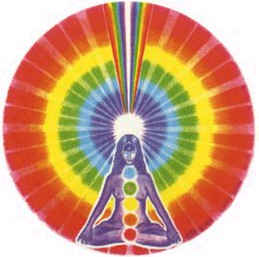 The two aspects of cosmic energy flow in the nadis Ida (Pillar of Mercy, magnetic or lunar energy) and Pingala (the Pillar of Severity, electric or solar energy), not a modulation of Main energy circulating in Sushumna. These two semi-material currents, distributed in an undulating way on both sides of the vertebral column, put in action the free and spiritual current of Sushumna. They use their own distinct pathways to avoid radiating too directly and prematurely throughout the body, which would cause major drawbacks in the body.

See also  4 ways to integrate spirituality in your workplace

All the initiatory work consists in awakening and stimulating the activity of these three forces acting in the human body in order to accelerate the evolution of consciousness and to bring the being to light up (to reintegrate the cosmic Consciousness ). It is through these three currents that the chakras, specific catalysts of cosmic energy, are activated.  Chakras are specific transformers of cosmic energy in that they each hold their own properties to meet all the physical, psychic and spiritual needs of the human being.

For each being, the chakras correspond to what are called the planes of consciousness: material plane (first chakra or center-root, the Muladhara , of red color, with the coccyx), etheric plane (second chakra or sacred center, the Swadishtana , orange, perineal), astral plane (third chakra or solar plexus, Manipura , golden yellow, navel), mental plane (fourth chakra or heart center, Anahata , green, at base thymus), causal plane (fifth chakra or laryngeal center, Vishuddha , azure, in throat), intuitive plane (sixth chakra or third eye, Ajna, indigo color, at the forehead), Buddhist plane (seventh chakra or occipital center, the Brahmaranda , purple color, in the center of the head), christic plane (eighth chakra or coronal center, the S ahasrara , purple color or purple, at the top of the skull), all under the Spiritual Monad (also called Paratparam, Divine Atom, Spiritual Spark

In general, one only works with seven chakras, but some work with nine, others with twelve. Since the opening of the Ascension process in 1985, there has been talk of seventeen or more chakras. In fact, this number does not matter.  When working with the seven fundamental chakras, all others are active and open on their own. What matters is to always work with the same chakras, so always with the same number of chakras.  To know the function of each chakra, one can refer to the article entitled Energy centers of the spine ) or The Tree of Life or the article entitled The colors in relation to
the chakras .

See also  Mental control: Your limiting beliefs are taking you away from the life you want 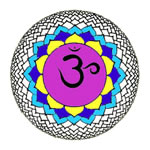 The Kundalini, the Serpent of Fire, remains the Great Mysterious Force of Being. This Great Goddess, Queen of all Initiations, called the Mother of the World and the Queen of Creation, constitutes the sacred energy from the zodiac sign of the Virgin, symbol of the Astral Light that spreads over the globe and all Solar Universe The seven radial forces named Saktis or Shaktis (God’s feminine energy). This

cosmic Enemy , moving in a serpentine or curved way, a universal vital Principle, omnipresent in Nature, includes in it the two great forces of attraction and repulsion, of which electricity and magnetism are aspects.

The Kundalini engenders the continual adjustment of the internal and external relations which is the essence of life and maintains part of existence. It is by this continual adjustment of internal and external relations that it produces, for an incarnate being, the phenomenon of reincarnation (transmigration of souls) until it can be extracted from the Wheel of Rebirth by the ‘Illumination. It is precisely by the complete and perfect mastery of this mysterious Energy, according to a proper and proven mystical technique, that an embodied being can attain the Mokcha (Mokta), Sanskrit word which translates as Transcendental Liberation , Total Control , Illumination Supreme , Reinstatement in the Royaume , spiritual enfranchisement and many other similar expressions.

For the inhabitants of the Earth, the Kundalini comes mainly through the Sun and is concentrated in the heart of the planet, but
also in the root center of every human being. This conscious Force of Creation, the primordial force of Life, is three and a half times in love with it, closing the urinary meatus with its mouth, waiting to be awakened by the conscious and

volitional choice of an individual. . Properly activated, this latent sacred fire is activated little by little, rises, unfolds, whistling, to ascend from one chakra to another, serving, so to speak, as an elevator to consciousness. He begets mystic ecstasy and ascension.

For the moment, the human being experiences less than ten percent of his vital potential because he rarely succeeds in raising a small part of this energy higher than his third chakra, dispersing the majority of this energy in his creations. and illusory preoccupations through its material activities, its power games and its sensua overflows

ity. This is why he remains so skeptical about the wondering faculties that some initiates have given evidence in the exercise of what are called paranormal faculties (or spiritual gifts) or in the accomplishment of wonders. Few humans accept, believe or suspect that they hold the same powers as these great initiates, which is the case. Did not God create all human beings equal in potential, his Image and his Resemblance ?

May all be forewarned or warned that in the early years of his initiatory work, Kundalini must be circulated from the base of his spine to its summit, never the other way around , as some pseudo sects teach inconsistently. -mystiques.  In other words, you have to open your chakra from the bottom to the top of the spine to avoid inconveniences that can range from sinking into madness to spontaneous combustion.

The Kundalini, the Energy-Mother, constitutes an energy so powerful that, badly used, it can burn the whole nervous system or implode the being in atrocious pains. Think of the power of electricity, which represents only a tiny part of this cosmic energy, and we will understand its dangers.

It should be used only under the guidance of a proven spiritual guide and circulate it strictly as he teaches. Any guide related to the Universal White Brotherhood or Ancient Mystics and authorized to teach chakra expansion techniques can assure its students perfect immunity, to the extent that they follow its directions.

What Is The Best Current Treatment For Anxiety And Depression?

How Do I Make My Brain In A Good Health And Make My Mind Active And Practical?

Loading… MindYoga4U A Site To Learn More About Meditation And Yoga Menu home About Blog Contact Posted on January 12, 2018by admin Silva Method 10 things to do at home That will make you happier The aim of the Silva Method is to help you create the life you want. Why both our course and […]

See also  4 ways to integrate spirituality in your workplace