Recently it has been shown that meditation can help to prevent aging of the brain and thus even be effective in helping prevent diseases such as Alzheimer’s, Parkinson’s and dementia. Previously it had already been demonstrated that it works efficiently against stress and thus meditation still has many benefits for our health. Perhaps you have a certain image in meditation, for example that you sit still for an hour with your legs crossed and do not think about anything.

But it does not have to be that way, you can enjoy these benefits in a short time. This also appears from scientific studies. In this article I explain all the benefits of meditation for your health according to science and I explain to you how you too can easily learn to meditate and thus make a healthy short daily habit of it.

Taking time or even going inside and taking more rest is important if you have stress, that may seem logical, but this is precisely what many people with stress deny themselves. There are still a lot of them, because every year 10,000 people in the WAO come through stress and 15% of highly educated employees suffer from burnout complaints, according to figures from Statistics Netherlands. You can not, of course, ban all forms of stress from your life, you do not always influence the stressful situations that come your way. 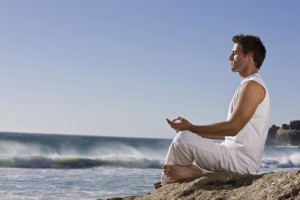 1. MEDITATION PREVENTS AGING OF THE BRAIN

Recent research (2015) has shown that meditation can help to prevent aging of the brain. People who meditate regularly for a longer period of time appear to have fewer out-of-date brain cells, less decline of gray matter in their brains as they age, than people who do not. Gray matter mainly ensures that information is processed. MRI scans were made in fifty subjects who were divided into two groups. A group that has been meditating regularly for more than twenty years and a group that never did that at all. The researchers will now further investigate whether people can protect their brains against old age through meditation. In the group that regularly meditated, the gray matter had declined on average in later life less than in the group who never meditated.

See also  How can I do raja yoga meditation?

In 2011 studies showed that meditation can also protect white matter and therefore other structures in the brain and even change the structure of the brain. This keeps the brain healthy for longer.

You certainly do not have to meditate for years before you enjoy the benefits for your health. Meditation can even lead to structural changes in the human brain within eight weeks, according to research by scientists at Massachussets General Hospital. When people meditate for about 30 minutes a day for eight weeks, there is more gray brain mass in the brain area that is associated with memory and learning ability. The density of another part of the brain, the amygdala, decreases due to meditation and as a result, people may experience less anxiety and stress research. Researcher Britta Hölzel concludes that we can change our brain and well-being by meditating.

4. A BOOST FOR YOUR IMMUNE SYSTEM

Several scientific studies, including one from UCLA, University of California (2012), show that regular meditation makes our immune system healthier. The immune system protects us from infection and diseases. Eight weeks each day a short meditation would also help with bowel problems, chronic fatigue and psoriasis. It is even used regularly in depression and helps you concentrate and focus better.

The same study (2012) among older people showed that meditation effectively reduces feelings of loneliness. 40 adults between 55 and 85 years old were divided into two groups. One group underwent training in mindfulness, meditating for thirty minutes every day. In the training they learned to pay more attention to the ‘current moment’. Mindfulness is a scientifically based movement from psychotherapy has its origins in Buddhist meditation techniques. The other group did not follow this training and did not participate in meditation either. The participants who meditated daily for eight weeks had less trouble with solitary feelings than the group who did not. Blood tests also showed that their immune system had become stronger.

As soon as we end up in a stressful situation, our body makes the short-acting stress hormone adrenalin, which immediately makes us ready to fight or flee. This came in handy 15,000 years ago when we ran into a wild animal, but our way of life is of course completely different. During the day we experience this kind of stress peaks a number of times, as a result of which our body produces adrenaline on command. Shortly after the adrenalin impulse the body makes cortisol, this is also called stress hormone because it is released with any form of stress, both physically and mentally. Cortisol is produced in the adrenal glands and restores the balance in your hormone balance. The energy that you burn quickly under the influence of the adrenaline, is supplemented via the cortisol. The hormone cortisol ensures that the blood sugar level rises so that you get energy and perseverance. Meditation accelerates the relaxation response and decrease of the stress hormones, according to Eric Harrison, director of the Perth Meditation Center in Australia, in his book ‘Meditation and health’.

See also  Meditation: The chakras and our health

Meditation can influence our body temperature, as it turns out (2013). The scientists examined nuns from Tibet during meditation. This tummo meditation consists of visualizations and a special breathing technique in which thermogenesis, the warming of the body, would be generated. During the visualization, the nuns imagine that there are flames coming from their spine. The scientists measured an increase in body temperature to 38.3 ° C with the help of accurate measurements and brain scans. They also got wet cloths wrapped around them and managed to dry them with their body temperature at an outside temperature of -25 ° C. The researchers repeated the study with Western people and the same meditation techniques, and they too were able to raise their body temperature.

If students only meditate for six minutes before the lecture, they can concentrate better, store information more easily and get better grades. This appears from research (2014) in which the students received a test after a lecture in which the students who meditated for six minutes scored significantly better than the students who had not done so. In one of the experiments, the meditation session in advance even determined whether or not to pass the test. It especially helps with concentration problems.

Meditating helps very well if you have difficulty with focusing or concentration. Research (2011), in which subjects were examined using an MRI scan, shows that people who meditate use their brains differently, so there is less activity in the brain areas that provide for distraction and daydreaming. It concerns the ‘default network’ in the brain that is mainly active in a state of rest. People who regularly meditate for a longer period of time use this part differently so that they can close themselves off more easily and focus better on the moment. 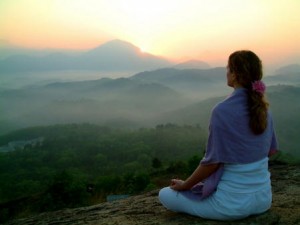 11. A POSITIVE EFFECT ON YOUR RELATIONSHIPS

Various studies (2007) have shown that meditation has a positive effect on your relationships. Under married couples meditation provided better communication and regulation of the emotions. The couples reacted less to the other and were able to regulate their anger and anger better and express them in a healthy way. Mindfulness training and meditation also proved to provide more satisfaction within the relationship.

For a study in 2006 among students, the level of alertness was examined. A group watched TV, another group took a nap and the last group started to meditate. The students who meditated were 10% more alert and reacted faster than students who had slept or watched television.

Very recently mindfulness, a meditation technique, proved to be about as effective as antidepressants and above all to protect against a relapse after you have overcome depression (2015). 424 adults, who had been admitted to a psychiatric institution due to depression, were divided into two groups. The first group completed their medication use and followed a mindfulness course where they did a lot of meditation and visualization exercises. The second group continued to use antidepressants and did not follow a mindfulness course. The conclusion of the research is that people who meditate after depression or follow a course in 44 percent of cases will feel sad again, with people who continue to take medication that is 47 percent.

A mindfulness training consisting of meditation and exercise exercises has a positive effect on the psychological health of people with chronic physical complaints. This is shown by research by the UMC St. Radboud (2013). It turns out that patients become more aware of body and mind through training and learn to look at themselves and the body in a friendly way. This makes them more energetic and improve social contacts. Psychological health has been looked at, or the physical complaints can also be improved here.

Paul Wilson is known worldwide as ‘guru of peace’, he has given meditation classes for thirty years and wrote several books about it. In his book ‘The great book of silence’ he says: “An effect of meditation is that your entire state of mind becomes more stable. This happens gradually. Some people describe this if you feel more satisfied, more confident or unperturbed. For others, it means that they can better manage everyday problems. This is partly due to the uniformity of the patterns that show your brain waves, a continuous increase or decrease of certain brain frequencies and a permanent change in the brain structure. ”

Author and founder and director of the Stress Reduction Clinic in Massachusettes In his book ‘Mindfulness for beginners’, Jon Kabat-Zinn quotes a study that showed that meditation and mindfulness has a positive influence on the way in which the brain deals with difficult feelings. This is because it causes the activation of certain areas in the prefrontal cortex to move from the right side to the left, in the direction of better emotional balance.

17. LESS OFTEN TO THE DOCTOR

Mark Williams is professor of clinical psychology at Oxford University and together with journalist Danny Penman wrote the book ‘Mindfulness’. In it they describe studies showing that people who meditate regularly visit their GP less often and spend less time in the hospital.

What are the best tips to meditate? Is it compulsory to meditate only in the morning?

How can you do meditation while working?

See also  What are the ways to increase concentration of mind other than meditation?

Yoga in India is known for its various healing powers and the way it keeps the body healthy and disease-free. Yoga is practiced in India from old times and is still very popular with the majority of people in India. The holistic healing powers of yoga are known. It keeps you physically fit, mental and […]