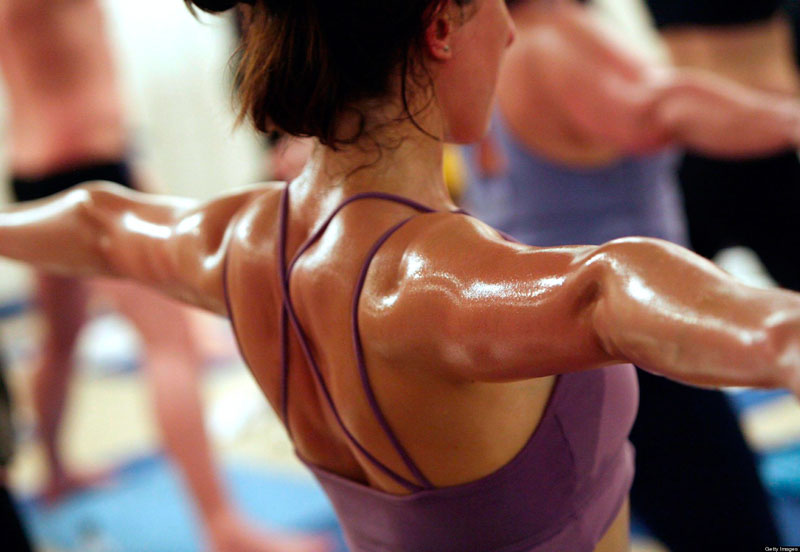 The Bikram yoga is a style of practical yoga developed by Bikram Choudhury and involves a specific set of asanas in a certain order in a heated room about 40-42º.

In its modern application, Bikram Yoga is often confused with Hot yoga because both involve doing yoga postures in a heated, sauna-like room. However Hot Yoga is not more than Hatha or Vinyasa Flow Yoga done in a hot room.

The main difference between the two is that Bikram Yoga follows a sequence of specific postures, while Hot yoga is more “variable” in terms of the asanas practiced.

Bikram Yoga is, for many, a lifestyle in itself. 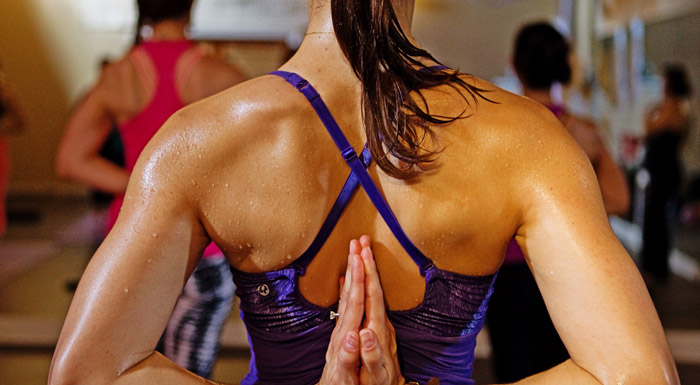 What is Bikram Yoga?

Doing yoga with such a suffocating heat is undoubtedly a demonstration of mental dexterity.

Bikram Yoga owes its name to its founder, Bikram Choudhury. He successfully developed and subsequently patented a series of 26 postures, including a breathing exercise at the beginning and end of each class.

While asanas are quite traditional in any yoga class, such as the Eagle Pose (Garudasana) , Triangle Pose (Trikoasana) , Bow Pose (Dhanurasana) and Camel Pose (Ustrasana) , it is the particular sequence of postures As well as the repetition (two for each posture, on both sides), in a heated room what makes a Bikram class what it is.

Who can do Bikram Yoga?

Bikram Yoga is recommended for those who want to do yoga specifically to lose weight, but it can be practiced by practically anyone.

See also  "Love the Neighbor As Yourself" What is it Really? |

However, Bikram involves doing 26 postures in a heated room, which requires a certain level of physical fitness and heat tolerance.

Yoga Bikram may not be the style for you if you tend to become dehydrated easily, because most Bikram Yoga instructors do not allow students to stop to drink and rehydrate whenever they want.

Some establish deadlines for “water breaks” to maximize the results of training.

Bikram yoga is popular among those who want to enter yoga to lose weight because the added element of heat allows them to sweat more while working.

But in addition to sweating jets and losing weight, Bikram Yoga is also a good way to detoxify your body and increase endurance and flexibility.

The very hot room, along with the deep and firm breathing promoted by all types of yoga, warms the body to an impressive temperature.

Once the muscles are warm enough, you can perform deeper stretches, allowing greater access to certain positions that you might not be able to achieve otherwise.

It also provides additional protection for the joints and the spine in order to avoid injuries.

Of course, you have to keep in mind that you should not exaggerate and exaggerate yourself too much.

Since you will sweat abundantly, it is not only advisable to wear a suitable clothing for the practice of Bikram Yoga, but also a good yoga mat (preferably cotton) and a towel. This ensures that you do not slip or move around the mat.

Bikram Yoga is a type of polarization of yoga. Since you sweat a lot, some people approach this practice in order to lose weight, but there are other benefits, as in any other yoga class.

See also  What are some good books on Yoga poses?

Some people describe it as feeling like you’re in hell while you practice it, but being in heaven when you’re done, in part due to the release of endorphins, but also because, as in the best workouts, the rewards are directly proportional to the amount of effort that they suppose to you.

How powerful is meditation?

What is the advantage of the plank yoga exercise?

Hatha Yoga for Weight Loss The reasons for the appearance of excess weight can be a whole lot, ranging from a genetic predisposition and ending with a sedentary lifestyle and malnutrition. Yoga will not eliminate all these causes at once, but it will help you get rid of the problem of excess weight once and […]

Gain stature naturally – 5 yoga poses to increase height A tall, thin figure is what all women want to have, but very few are blessed. While you can still achieve a lean body with so many weight loss methods available, it is not so easy to increase our height after a certain age. The best […]