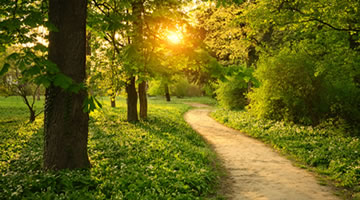 Loading...
Meditation is the journey inward, a journey of self-discovery, in fact, of re-discovery. Meditation is a time for quiet reflection and silence, away from the turmoil and bustle of daily life. In our modern world, the pace of life is growing more and more and we are losing touch with our inner peace and power. When we no longer feel anchored, we can experience ourselves pushed and attracted in many different directions. It is at this point that we begin to experience the stress and feeling of being trapped. Gradually, over time, this feeling leads to illnesses and diseases, as our mental, emotional and physical health loses its balance.

Raja Yoga meditation is a form of meditation accessible to people of all origins. It is a meditation without rituals or mantras and can be practiced anywhere at any time. Raja Yoga meditation is practiced with open eyes, which makes this meditation a versatile, simple and easy to practice method. Meditation is a state of being beyond the day-to-day consciousness, in which personal empowerment begins. Spiritual consciousness gives us the power to choose good and positive thoughts, rather than those that are negative or useless. We begin to respond to situations, instead of simply reacting to them. We start living in harmony, we create better, happier and healthier relationships, and we change our lives in a more positive way.

Although in western culture yoga is mainly regarded as a form of exercise, many forms of yoga are purely mental or spiritual practices. Raja Yoga encompasses both body and mind, but the emphasis is on mental and spiritual development. Its purpose, according to its progenitor, the Indian sage Patanjali, is to unite the practitioner with the higher self. Among their own ranks, practitioners of Raja Yoga regard themselves as “heroes of mind training.

In Sanskrit, the word raja means “king,” or one who has achieved self-mastery, while the word yoga itself means “union” or “connection.” Having originated as early as 300 B.C., it was practiced by actual kings, most notably the eleventh century King Bhoja, who wrote an extensive and influential commentary on it.

While vestiges of Raja Yoga survive in other yogic traditions, it is not commonly practiced in the West, and in fact strict Raja Yoga practices have become rare even in India.

The Eight Limbs of Raja Yoga

Like other forms of yoga, Raja Yoga is based on the eight limbs of yoga as delineated by Patanjali. While the eight limbs form a complete path to self-mastery or samadhi, which literally means to “bring into harmony,” Raja Yoga emphasizes meditation and turning toward inner illumination and eschewing external sources of gratification.

Yama and Niyama, the first two limbs, are like the 10 commandments of Raja Yoga. Yama means control while Niyama means non-control — or otherwise put, they’re the do’s and don’ts. Yama directs you to refrain from violence, lying, stealing, sexual misbehavior and greed. Niyama encourages cleanliness, contentment, austerity, self-examination and devotion to the Supreme Lord, which can be understood as the quest for higher consciousness.

Asana mans “posture” and can be taken to mean practicing the numerous postures of Hatha yoga. But the deeper message is to teach the body stillness in order to facilitate meditation. In Raja, the postures may on rare occasion facilitate this, but they’re not the end in themselves.

Prana means breath. This limb reaches how to harness it in the service of controlling the body’s primal energy. Pranayama is the state in which the body’s energy is reversed so that instead of flowing outward toward the senses, it moves inward to the higher self.

Pratyahara is about learning to concentrate and contain the body’s creative energy once it has been redirected inward. Concentration brings freedom from useless distraction and propels us toward awakening.

Raja Yoga’s sixth limb is Dharana, which refers to contemplation or the stabilization of inner awareness. Until we achieve dharana, our inner awareness is like a flickering candle.

Dhyana means absorption. By meditating continually on the various stages of consciousness, we gradually internalize its qualities so that they become a part of us. Ultimately, our mind is freed from the trap of ego, allowing it to flow into the vast ocean of universal consciousness.

The final step — or should we say “stop” — on this journey is Samadhi, loosely translated as “oneness.” This is achieved when we learn to dissolve our ego into the calm light of inner awareness. According to Swami Kriyananda, spiritual adviser and author of more than 150 books on yoga teachings and philosophy, people will ultimately discover that they are themselves light and then there will be nothing to prevent their consciousness from expanding into the ultimate.

Is yoga a sport?

Loading… MindYoga4U A Site To Learn More About Meditation And Yoga Menu home About Blog Contact Posted on January 12, 2018by admin The 5 Most Common Obstacles When meditating Meditation is a practice that favors individual discovery and spiritual awakening of each person. It is a very personal process and those who practice meditation know […]