What is raja yoga?

Raja yoga is one of the most esoteric forms of yoga practiced by the least number of followers of Hinduism. It concentrates to a great extent on the formation of the mind, the connection with the force of life and withdrawal in the higher states of spiritual life.

The best way to learn something is to reading book through the book we learn many information. So, the lot of books are there to guide How to do yoga. To buy a one of the best book for  yoga click this link.

The precepts of raja yoga refer to moral, physical and mental discipline, taught in a set of eight stages. Supporters point out that there are risks and benefits inherent in the practice of raja yoga. 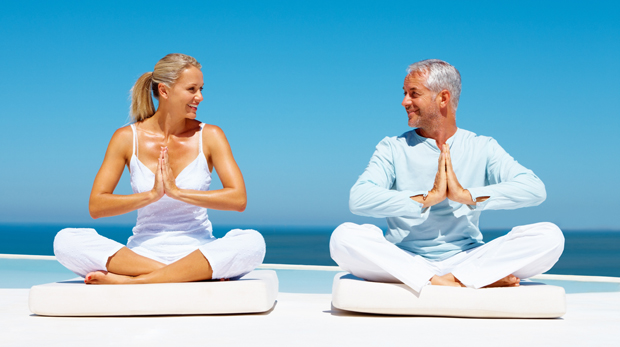 The Raja Yoga is known as the  Yoga of mind. “Raja” means real, therefore Raja Yoga is the real way. It is a   Yoga  that implies that the mind is the king  has power over the other organs. The Raja Yoga helps uncover the mysteries of the mind through physical and mental practices.

The  Raja Yoga  is a type of yoga  that focuses on meditation , which helps people delve into the divinity of the inner universe.

To practice Raja Yoga, the first step is to regulate the mind, to divert attention inward instead of outward.

The goal of Raja Yoga is  a state of divine awareness accessible to the contemplative practitioner in immobility . The yoga postures  seek the body to remain in a stationary position . The Raja Yoga  seeks to appease all aspects of your body and mind, and enters a transcendent state beyond nature.

The traditional position for the practice of Raja Yoga is the well-known Lotus Posture . It is about adopting a stable posture that does not obstruct the circulating energy. You must achieve a perfect comfort that allows you to maintain the posture comfortably for half an hour, and that the trunk and head are straight up. 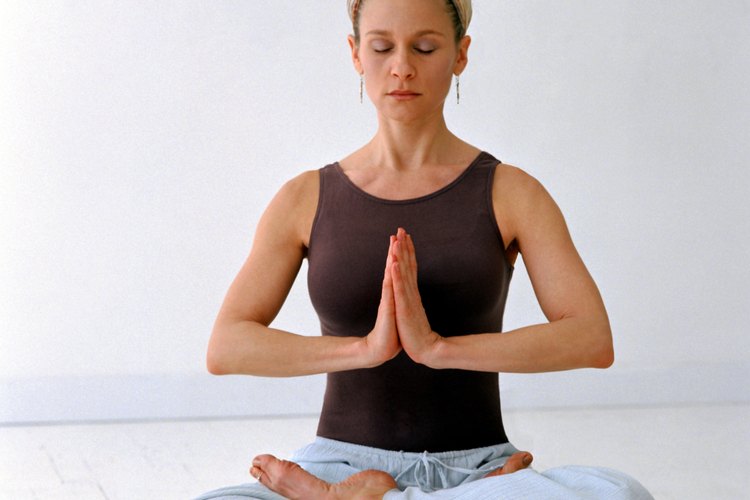 Raja yoga is one of the four yogas of Hinduism, along with Jnana, Bhakti and Karma. All forms of yoga have a goal of liberation from the mundane physical world, which is to achieve the “moksha”. The word “raja” comes from the Sanskrit word meaning real or king, and the word “yoga” from the word of union. Raja yoga’s main concern is the cultivation of the mind. Scholars describe it as very introspective, and a form of yoga that uses the mind as a research instrument. One of his most notable teachers, Swami Vivekananda, differentiated raja yoga from many religious practices that are based on faith, suggesting that you can use your own mind as a more scientific method for understanding the universe and answering questions from life.

There are eight components for the practice of raja yoga. A moral code, or a set of do’s and don’ts, comprises the first two. The first is a set of five Yamas, or things to abstain from: wounds, lies, theft, sensuality and greed. The second is a set of five Niyamas or things to observe: mental and physical cleansing, joy, self-control, studiousness and devotion. The next three components are about physical discipline. Asana involves physical postures to maintain during meditation. Pranayama consists of control of breathing and heartbeat to calm the mind and direct energy. Pratyahara is a practice of withdrawal of the physical senses, making the mind more introspective.

The last three components deal with mental discipline. Dharana is about concentration and consists in focusing attention on one thing, to the exclusion of everything else. Dhyana is a level of mastery of total concentration and deep meditation. Samadhi, the highest level, is total absorption. It is achieved by reaching the supreme joy of enlightenment and the union of the self and Brahman, the sacred power that is the source and sustenance of the universe.

Mental discipline and meditation are what distinguish raja yoga from other forms of yoga. The practice uses meditation to avoid and separate from mental obsessions and false mental states. Raja yoga is based on the idea that thoughts, feelings, perceptions and memories, in addition to external things, distort the true Self. The practice of raja helps to dissolve these barriers to become your true Self, connecting you with the control of the force of life and the elevation towards the infinite and eternal Being.

Raja yoga confers some unusual advantages when practiced properly, in part because of the connection you make with Brahman, according to Swami Vivekananda. These are the psychic powers, the reading of the thoughts of other people, the control of the forces of nature, becoming “almost everything knows”, living without breathing, the power to levitate and the control of organs. An Oriental Philosophy report from the University of Lander includes precautions by doctors that when the practice of raja yoga is abused, “it can create a hell beyond imagining.” The premature awakening of dormant forces can cause mental instability, says the report.

What is kundalini and its advantages?

What should one think or concentrate on while meditating?

Loading… MindYoga4U A Site To Learn More About Meditation And Yoga Menu home About Blog Contact Posted on January 11, 2018by admin Dokusho Villalba and Zen in the change of era. The market square Dokusho Villalba poses in this book the essential principles of Zen also framing it in this society in which everything seems […]

Quick meditation to focus on Today, it is becoming increasingly difficult for us to focus on one thing for a long time, more and more often we are doing (or rather trying to do) ten things at once – we work, read headlines, respond to emails and text messages, listen to music, watch videos on […]